How to Build a Lightsaber 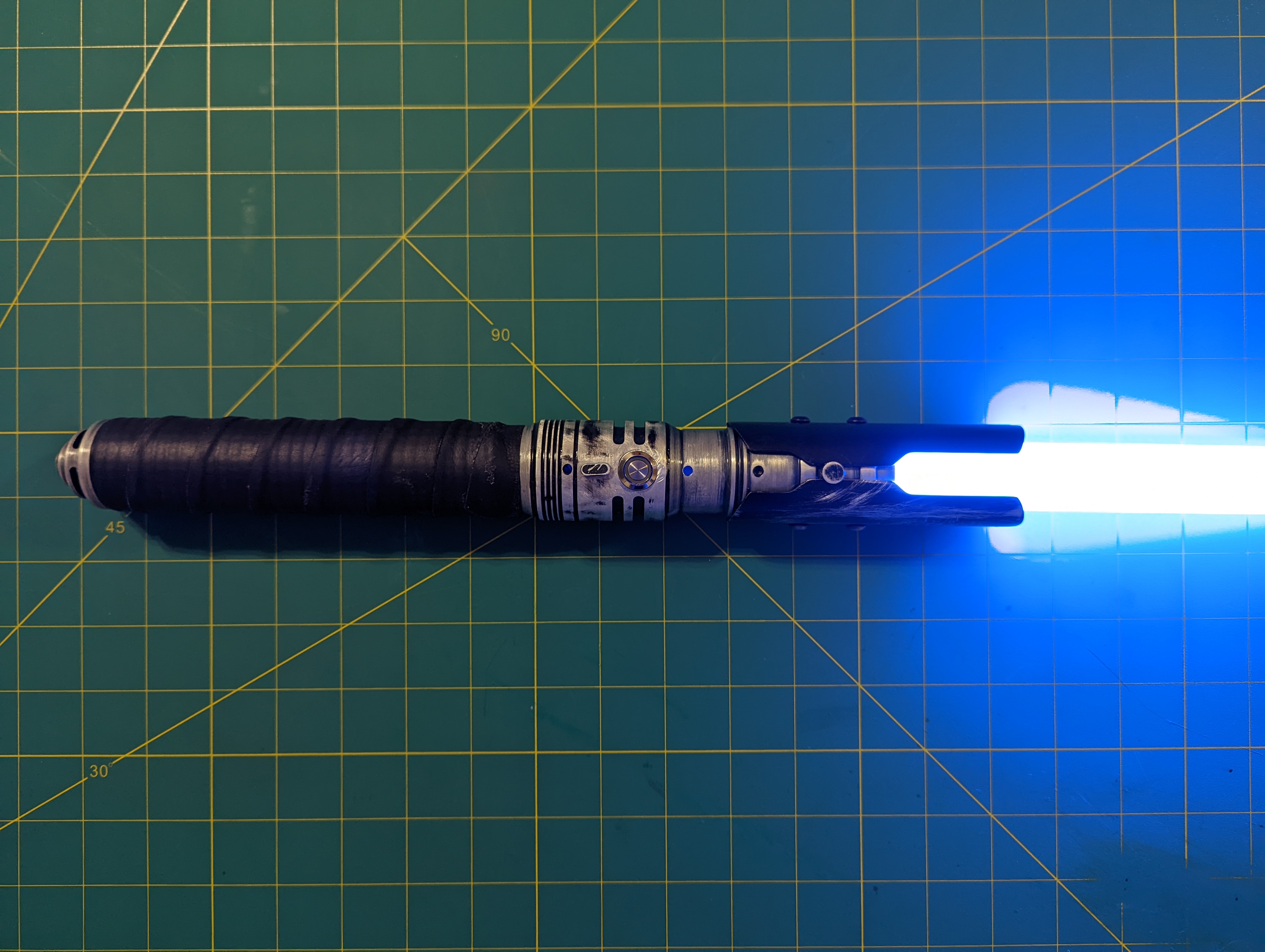 “This is the weapon of a Jedi Knight. Not as clumsy or as random as a blaster, but an elegant weapon for a more civilized age.” - Obi-Wan Kenobi

It’s probably the dream of every child who’s watched Star Wars to have a lightsaber of their own. I’ve certainly owned more than a few. When I found out about Saber Guild, a Star Wars costuming group that does lightsaber choreography for charity, that dream ignited again.

If you start searching the web for information about “combat” lightsabers, you can quickly be inundated with a ton of terms, sites, and information that can be overwhelming. So my goal here it to share what I’ve learned about lightsabers in general, and then the specifics of my build (especially what I’ve learned the hard way). So without further ado…

“You must unlearn what you have learned”

I found the r/lightsaber subreddit wiki to be a pretty useful resource. But to consolidate things, here are the most important considerations when choosing a saber:

“You’ve taken your first step into a larger world”

For my purposes, I actually wanted to go all out with a Proffieboard, not just because it’s got all the shiny bells and whistles, but because it’s also open source (which I am also a big fan of)! But shipping nonsense persuaded me to go with a basic “stunt saber”. Which makes much more sense, both for my intended of purpose of (lightly) hitting things and for my lightsaber building experience level. I also wanted to make it myself, in part to know how to fix it if things went wrong and because I enjoy the sense of ownership you get of making something yourself.

I spent a while looking through post on the lightsabers subreddit trying to get ideas. I was looking for both artistic inspiration and also for information on what kind of parts to buy for a particular hilt, since I knew space constraints would limit my options. u/SPHINX-74 had a series of posts that helped with both goals (so thank you very much)!

So I ordered a bunch of parts (more info on each below) and got to work sanding down the hilt. And oh my, there was a lot of sanding. My initial goal was to get a very clean and polished looking saber, like SPHINX-74’s. But as I went I realized I really liked the weathered appearance. Not only was it aesthetically pleasing, but I figured it was also a great way to hand wave any “imperfections” I encountered along the way. I could also use that to help build out the Jedi character I am making for Saber Guild. As of now, I like the idea they are really forgetful and “misplaced” their previous lightsaber. This would be the one they either found digging through old rooms in the Jedi Temple or that their master reluctantly gave them.

Here are the steps I took:

“I’m standing here in pieces, and you’re having delusions of grandeur!”

Here are all the parts I ordered with any relevant notes and pricing.

I also had to order some tools (like this super cool open source soldering iron), as well as some things like wire spools, which I’ve not factored into this cost.

“Always in motion the future is”

This was a very rewarding processes. I’ve learned a ton. And now have a totally unique lightsaber of my very own!

My main takeaways for when I (eventually) make another lightsaber:

I hope this has helped! If you have questions, you can reach me at my contact page.

Oh and here are some resources on wiring, soldering, and building sabers that I found useful:

May the Force be with you.