How the Florida Flag Came to Be 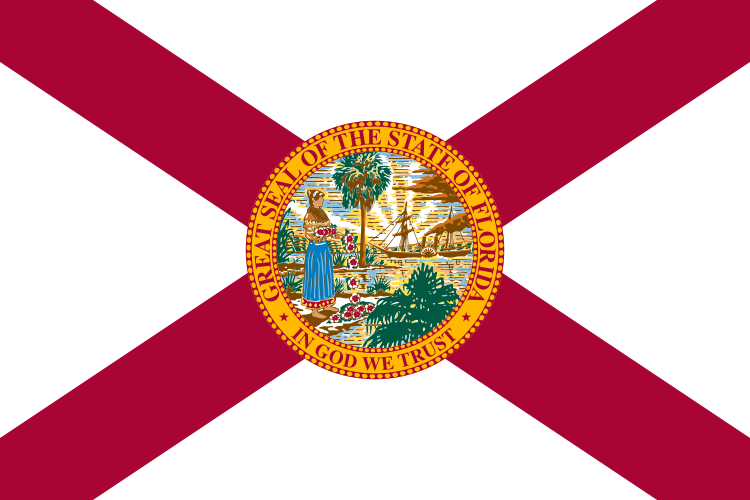 A mostly factual telling, from a Florida man.

Update: I now have this article in a (better) video form! Please check it out.

So, I’m scrolling through Wikipedia, like any normal person, to make an informed rant about how it’s disingenuous at best, that Florida was named the “land of flowers”. However, before I got into the meat of it, I saw a picture. This picture in fact! And that lead me to discover a very interesting flag fact! 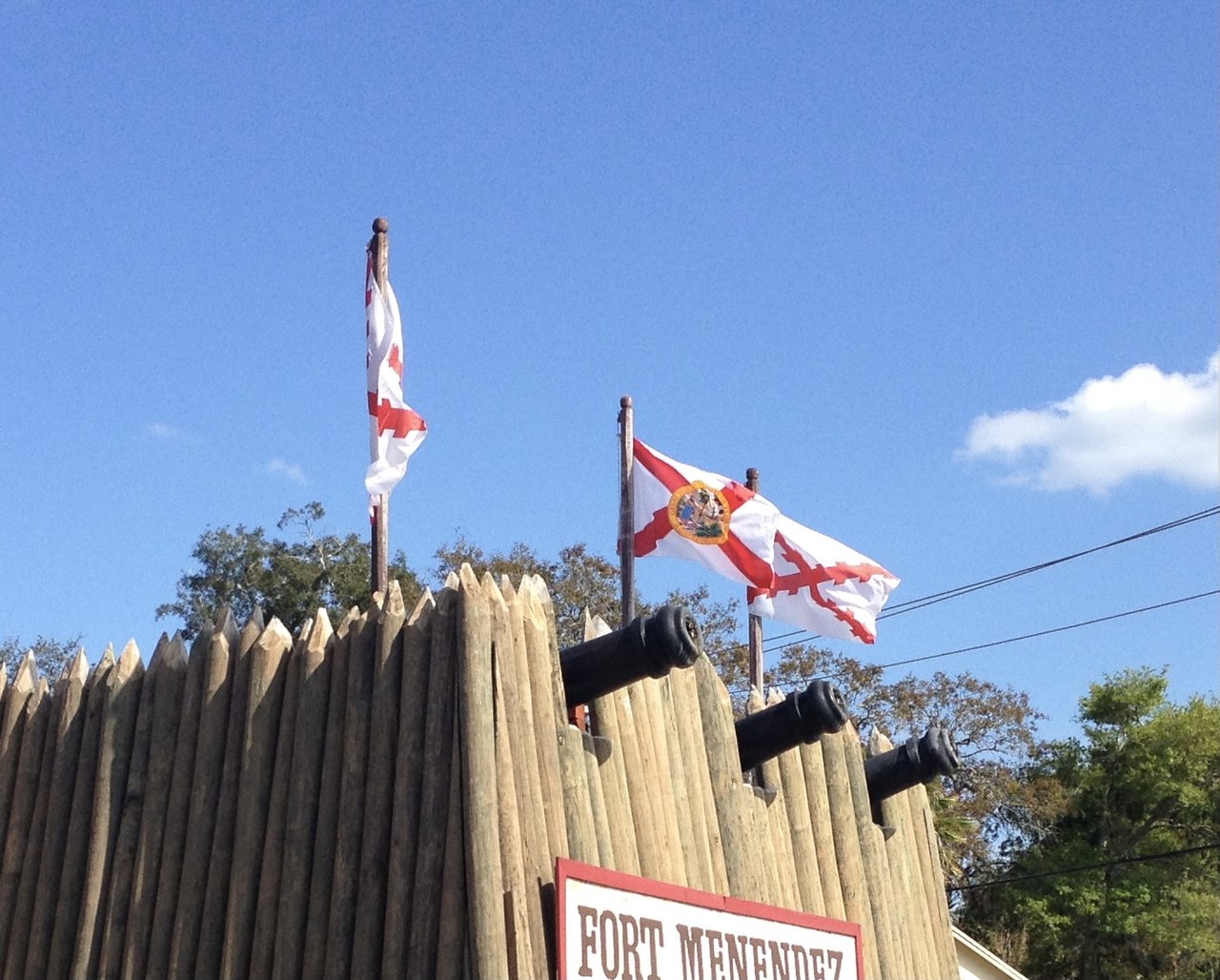 In the before time, Spanish Florida (as with other territories claimed by New Spain) used the Cross of Burgundy as their flag. Which you know, looks dope! It’s simple, but has this saw tooth look that just really stands out. 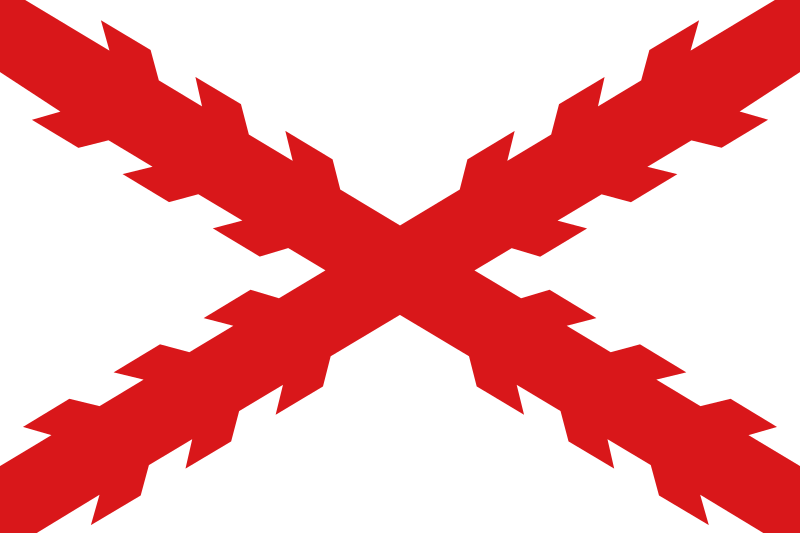 Now, why would Spain use a Burgundy thing? That’s like, not in Spain! Well we can blame our old friends the Habsburgs! They “inherited” Burgundy after the previous owner, Charles the Bold, caught the dead. 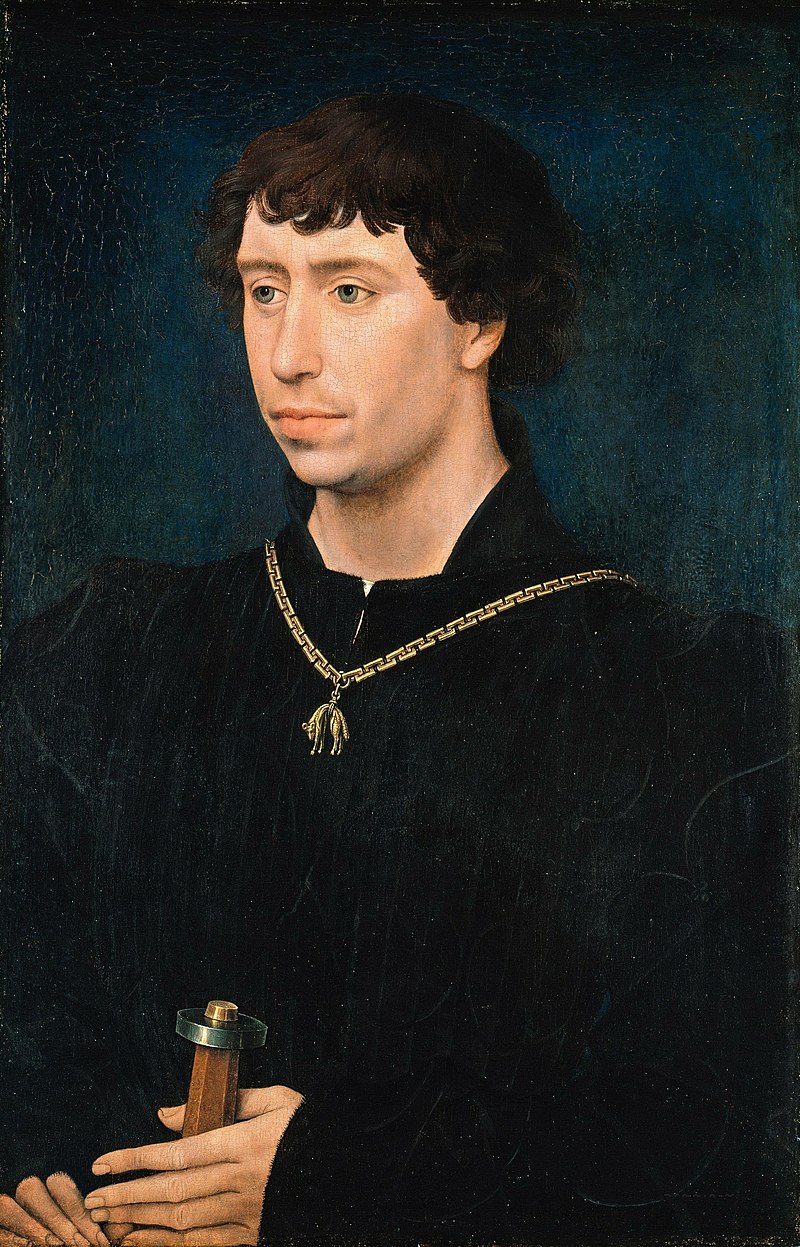 Side note: Apparently there weren’t many names or adjectives in the 1400s, because Charles the Bold here got into a fight with Philip the Good, who is the grandson of Philip the Bold. I’m just glad we have more names now, otherwise I might be Matthew the Strange.

Anyway, after the Habsburgs realized this flag was way cooler than anything else they had, they started using it a lot. Particularly when the Habsburgs did what they do best and intermarried with other royal families to stave off the inevitable downfalls of interbreeding just a little bit longer! Oh and they also took over Spain. 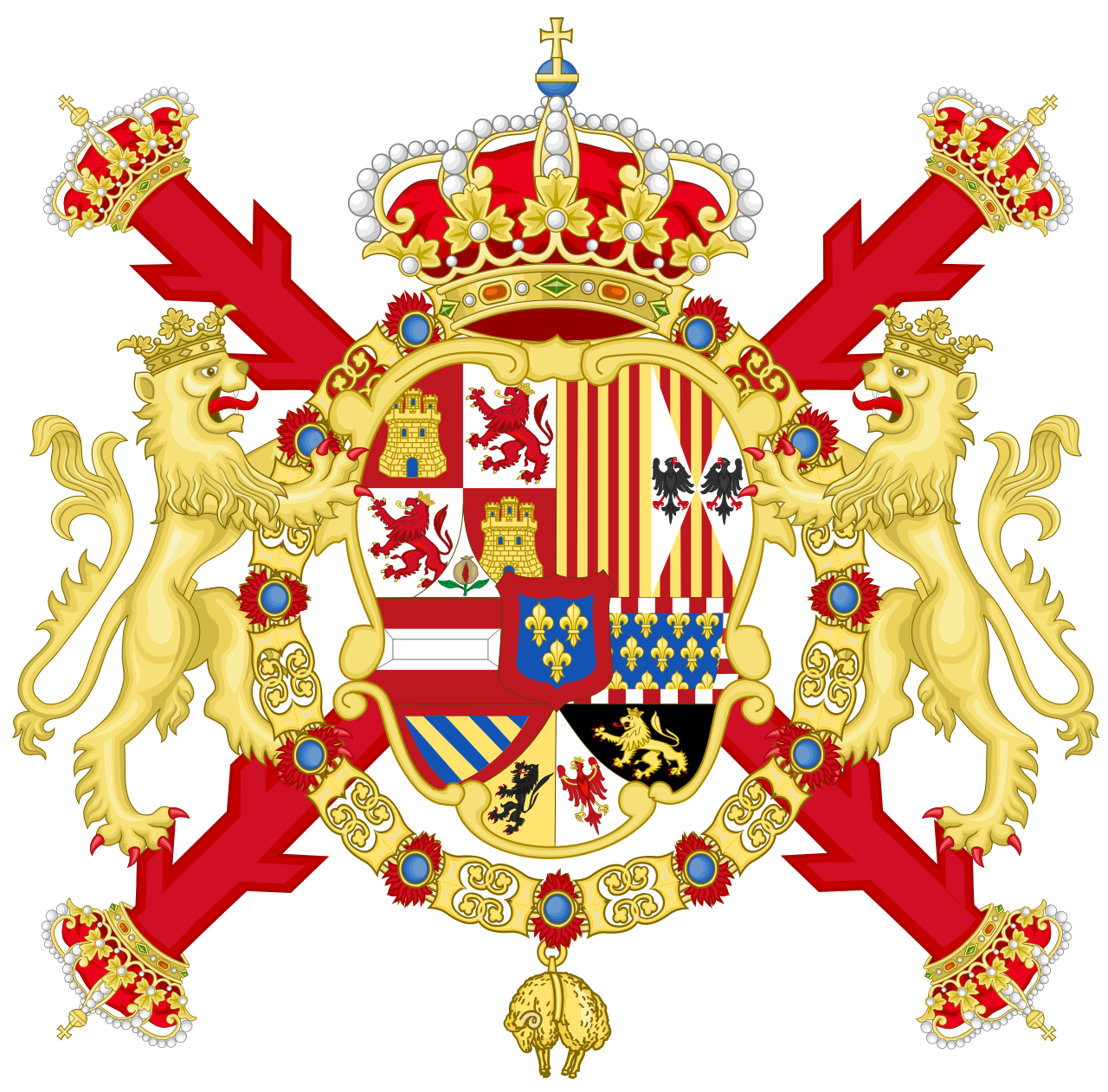 Unfortunately, they also liked to throw a lot of gaudy nonsense over that cool cross. Hugh, some people just can’t appreciate good design.

Eventually, good ol “I want to be young forever” Ponce de León set out to establish a cheesy theme park in Florida, since the other conquistadors already murdered and pillaged the rest of the known “New World”. 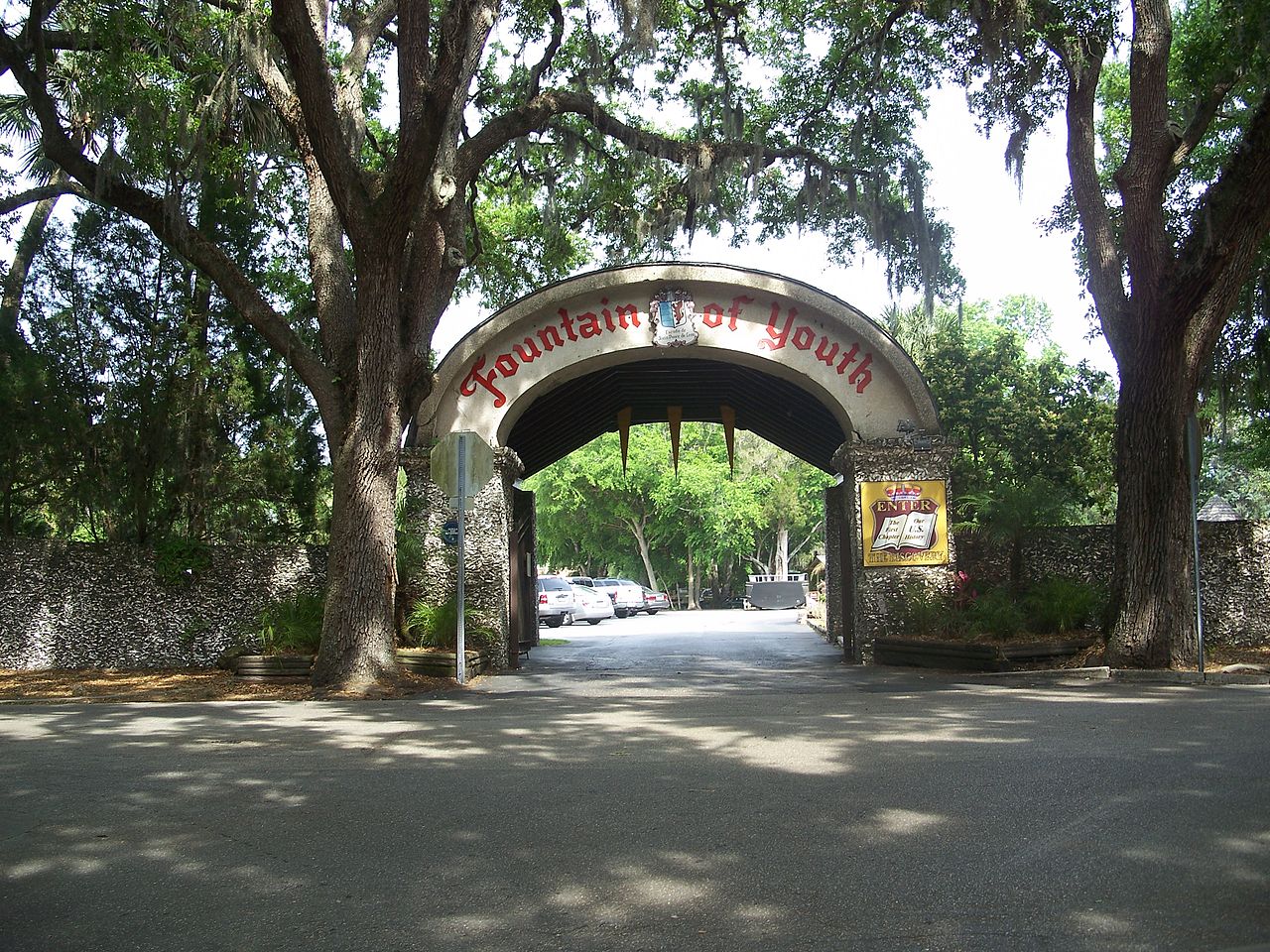 Oh and he also brought over that flag! Fortunately, he (or you know, probably someone else) realized how awesome it was and just kept the standard red cross-y bits.

Next, lots of things happen! Spain lost control of Florida to Great Britain, than got it back. 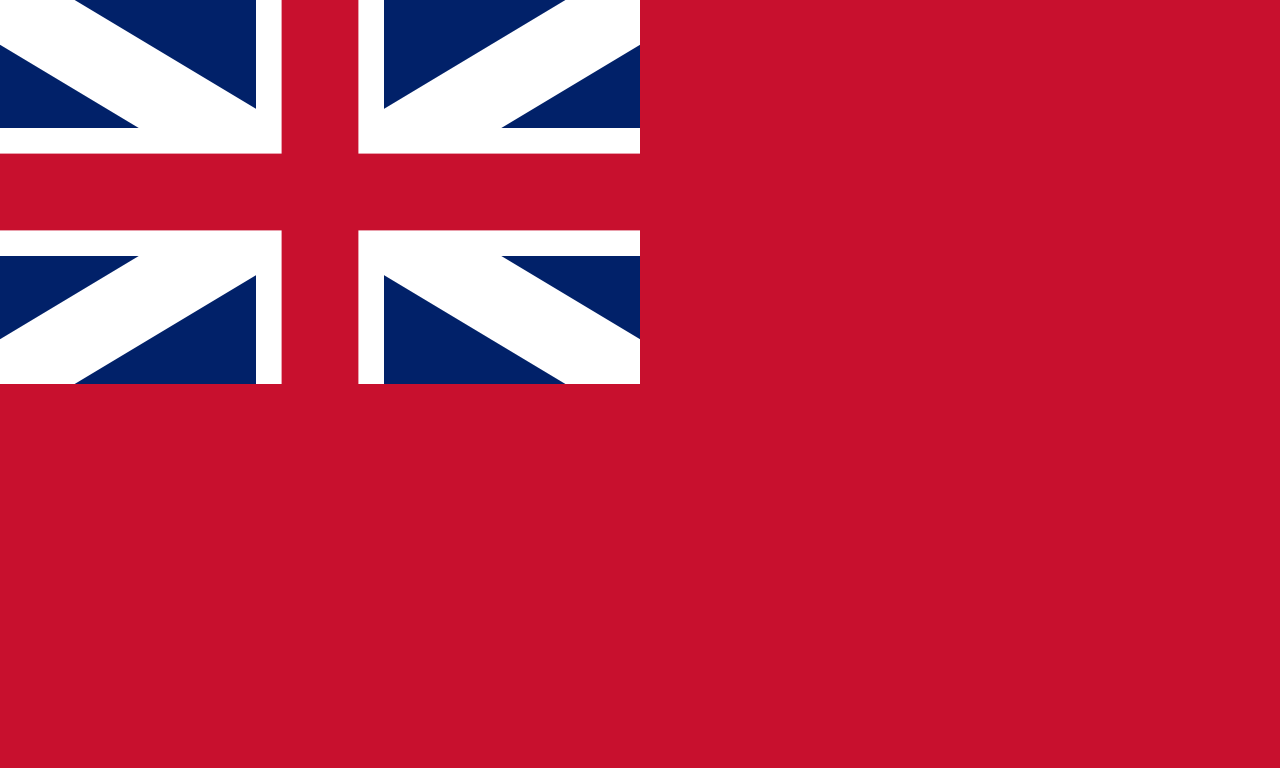 There were some fine print issues and The Republic of West Florida was established as it’s own country (ha you ain’t the only ones to do so Texas!), before being taken over by the US two and half months later (oh, uh never mind Texas…). 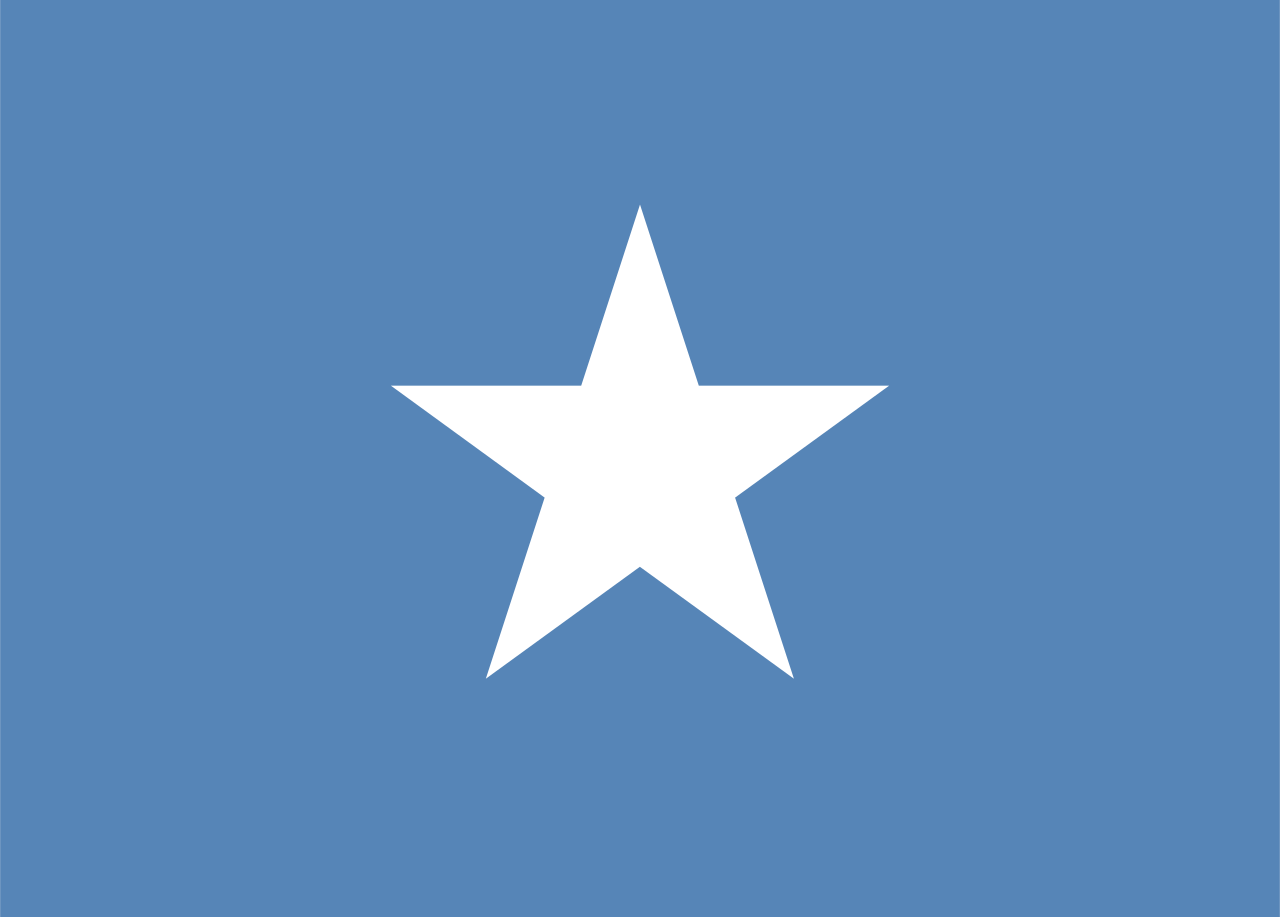 Then forty years go without an official flag… What!? You had a cool one? You even made one in two and a half months! But you couldn’t be bothered to do another for forty years! Fortunately, they did realize they should have flag. So they just decided to use the Texas flag (oh come on!!!). 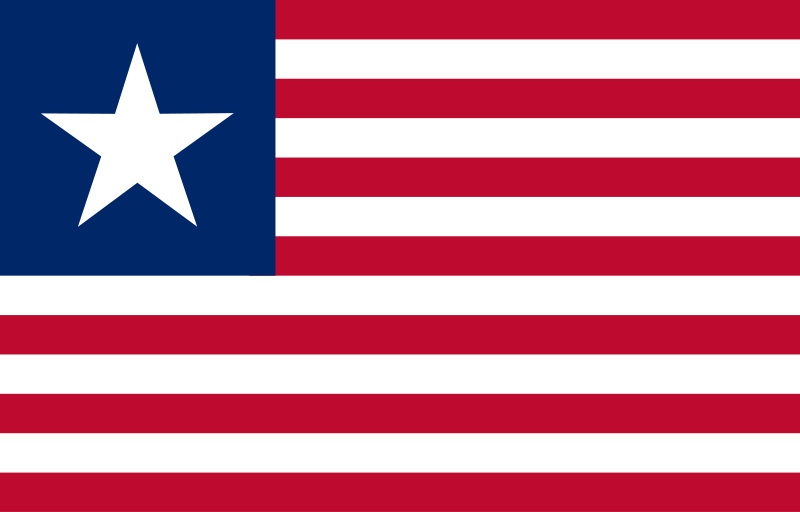 Next the whole Civil War thing happened. Important things occurred which we won’t talk about. Unimportantly, it did convince them to finally put together a flag. Disastrously this set a trend for adding unreadable seals to every flag afterwards. 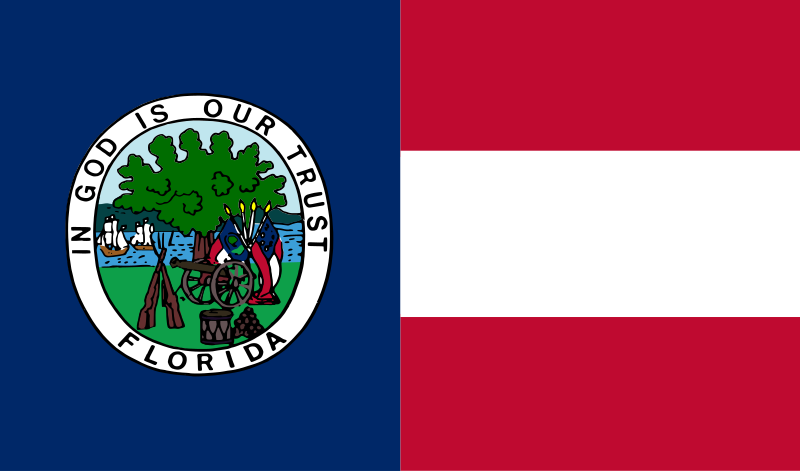 Quick aside: This seal, has this flag, in the seal! I know you couldn’t see this awful recursion, because it’s an overly complex and small thing on a flag! The fact it was hard to tell what flag that is on the seal, is a pretty good indicator, that the seal was a terrible thing to add to the flag!!!

Eventually Florida surrenders, and they just drop everything but a seal? Like, I know you surrendered, but you don’t actually have to change your flag to be mostly white? That’s not how that works. 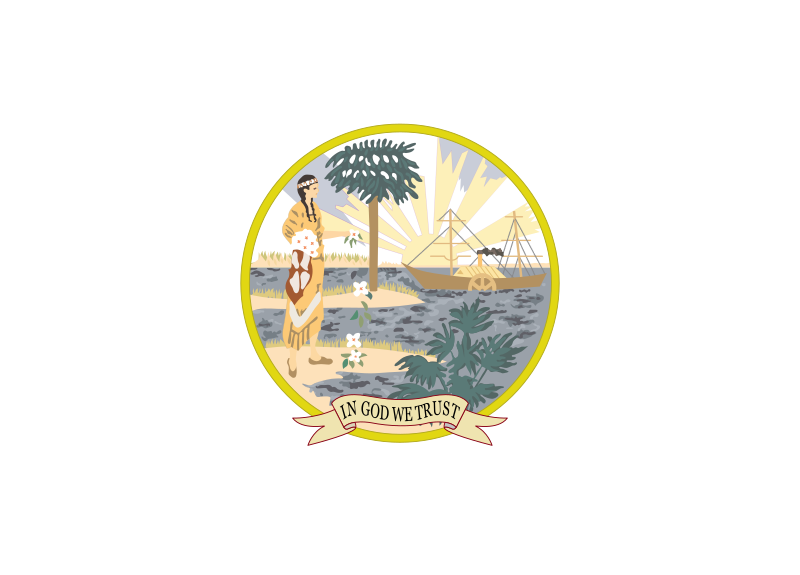 They also realized that was dumb pretty quickly. This time, just thirty years later, they voted to add back that cool red cross from before! 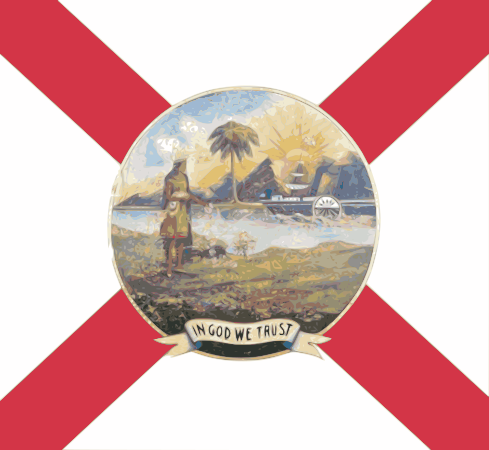 Which, uhm, you might notice doesn’t quite look the same as the first red cross. Well uh, after doing more research than I originally anticipated in order to complain about flowers, I discovered the people of Florida specifically voted to add St. Andrew’s Cross to the previous flag. 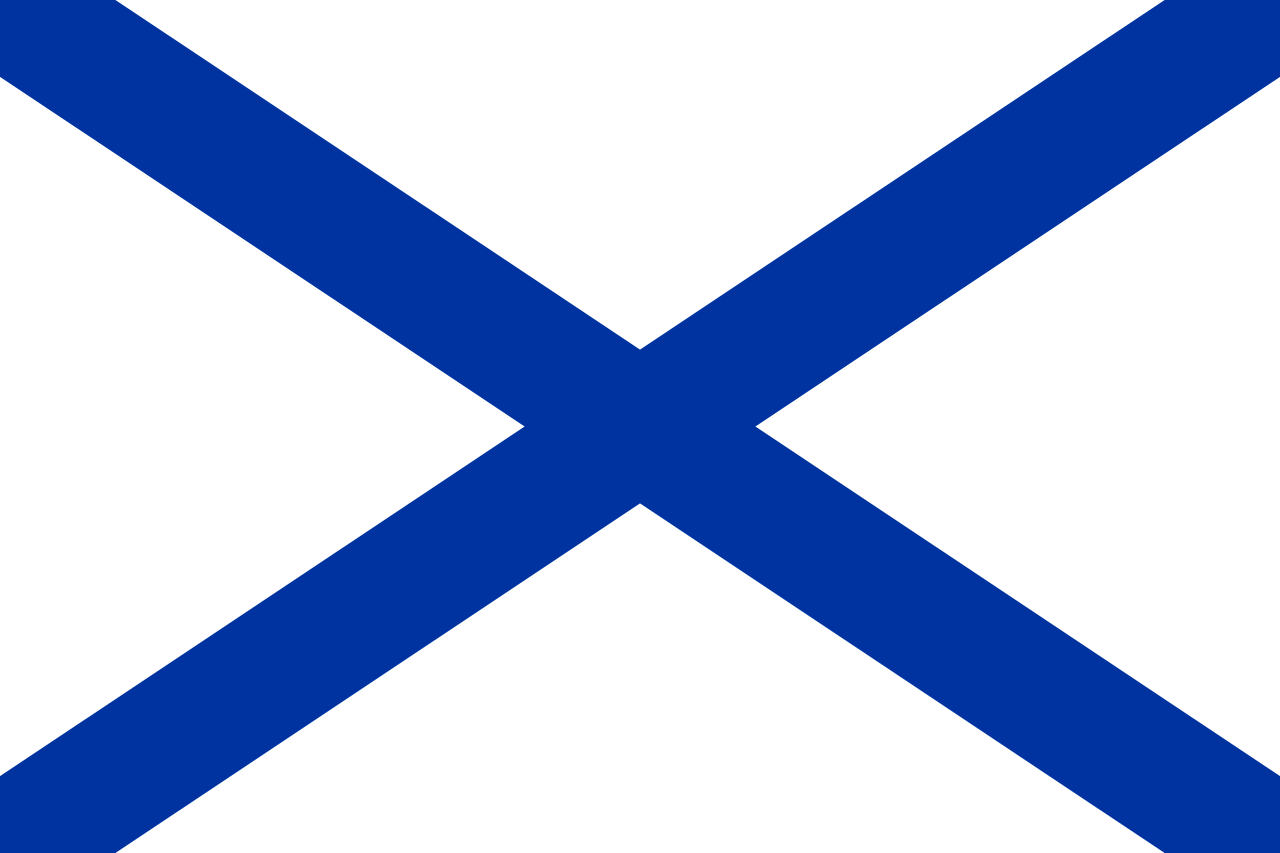 So St. Andrew’s Cross has many interpretations (such as this very blue and very straight one). It basically means there is an X on a flag. Which the Cross of Burgundy technically is.

I couldn’t find more info on this, but I think someone just confused the Cross of Burgundy with the design Alabama used a few years earlier and just went with it (Can we please have something original for once!!). 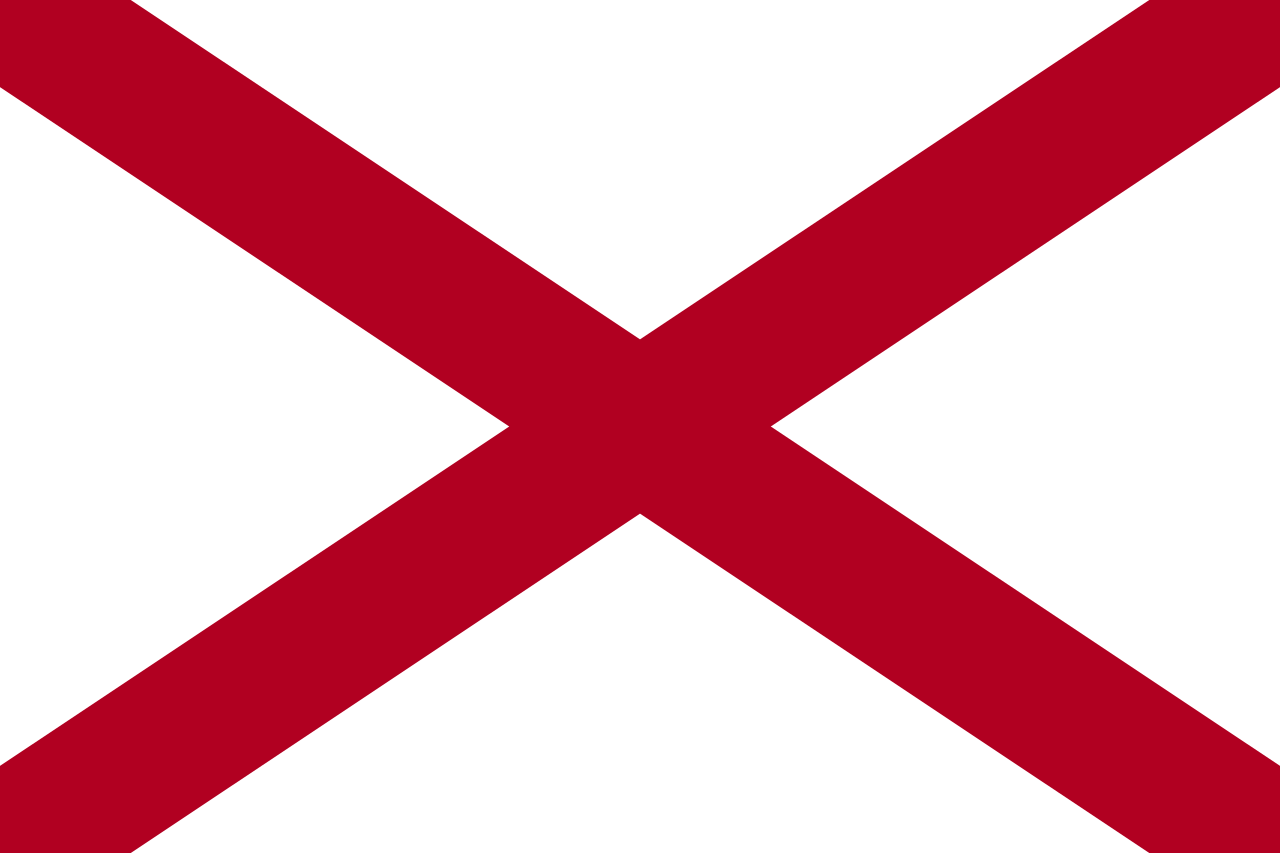 On a more serious aside: There is some criticism that the Florida cross might be an homage to a Confederate Battle Flag. There is nothing official about this in the legislation and it isn’t a direct copy, so I can’t say confidently one way or the other, so for purposes of this, I’m going to assume the more comedic interpretation. 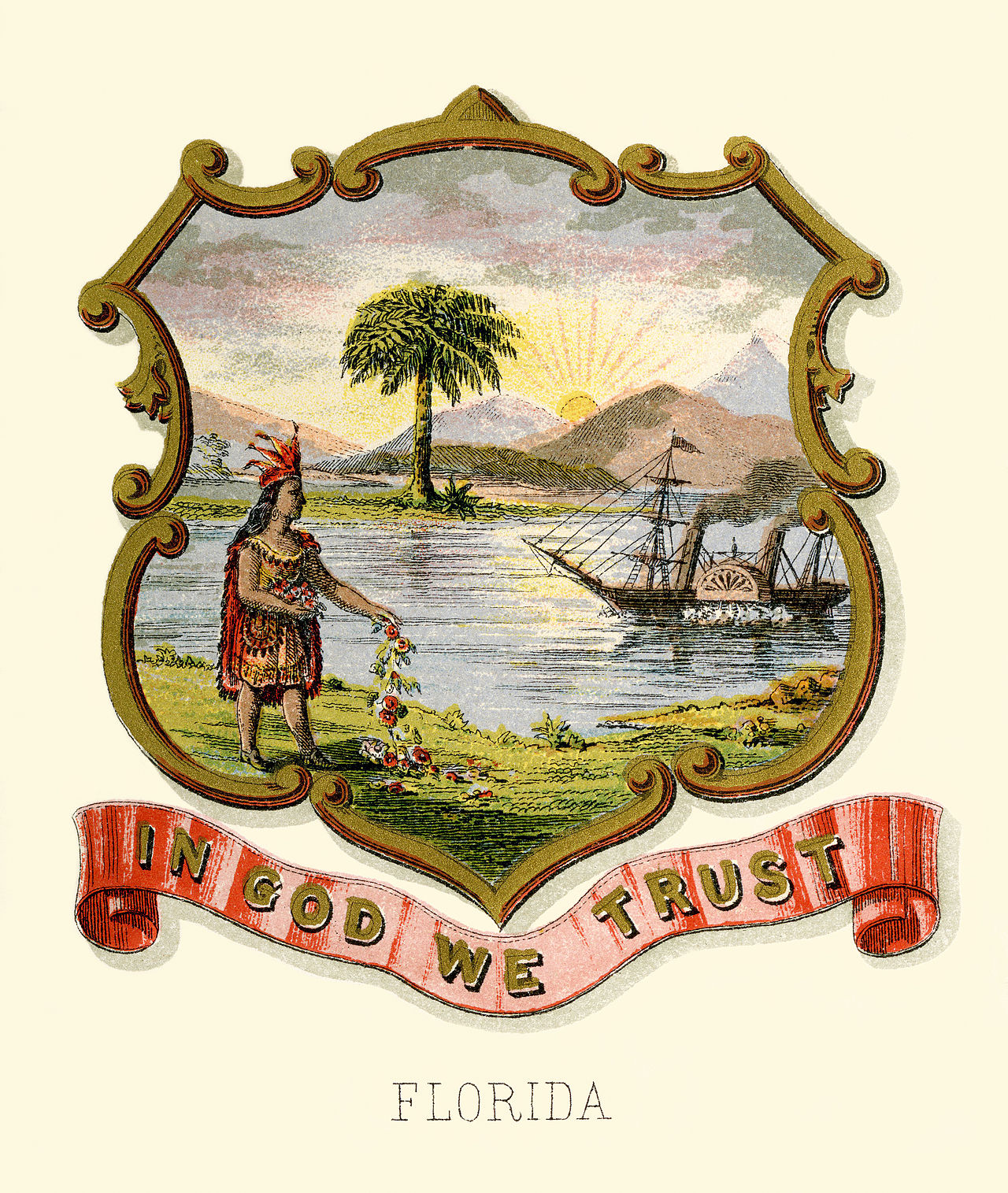 So after this we get a few iterations of the seal changing, such as removing the mountains in the background, because as you probably know, FLORIDA DOESN’T HAVE MOUNTAINS! They also updated the tree to be a Palm Tree and decided to more accurately portray the Seminole woman, though, they still left out all the genocide. 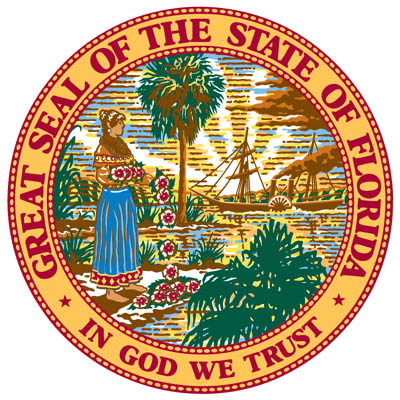 Finally we arrive at this, the current Florida flag. Which, in-summary, is an inaccurate homage to to some guy who didn’t like italics

Oh and before I leave you, this, this should be the Florida flag! It’s so pretty and readable and it’s an accurate reference and ahhh! It’s great. Thank you.